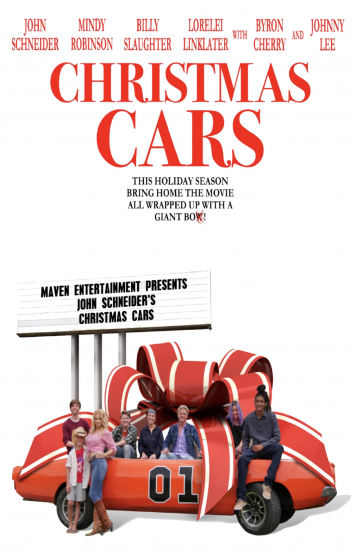 The General Lee will ride again this Christmas, possibly in controversial fashion. Original Dukes of Hazzard star John Schneider is stepping back behind the wheel of the iconic Dodge Charger for an upcoming film from his studio in Louisiana.

The movie is titled Christmas Cars and tells a semi-true story based on Schneider’s real life. In the film, an independent studio owner is forced to rebuild after a storm rips through and tears apart his property. Schneider Studios faced a similar issue in 2016 when it was flooded according to The Advocate.

The Dukes of Hazzard star plays Uncle Denver in the film alongside Mindy Robinson as Miss Tisdale, a character based on Schneider’s girlfriend Alicia Allain. She is producing the film based on a script by Schneider, who is also sitting in the director’s chair.

The Advocate spoke with Robinson about her role and the major differences in making a Christmas film compared to other genres.

“It’s light and funny,” Robinson told the outlet. “When you’re making a horror movie, you go home feeling like you’ve been in a horror movie. Working on this movie has been so upbeat and fun.”

She also explained the feeling of having the person your character is based on watching your every move on set.

“It’s interesting to play the character with Alicia watching,” Robinson added. “John gives me tips on how to play her, but then I start hearing them talk to each other and saying some of the things we say to each other in the movie. It can be really funny.”

It is Robinson’s second time working with Schneider. Both had parts in the independent production Roe v. Wade, which should be out later this year.

The film keeps the connection to Dukes of Hazzard fuzzy, though the car is definitely the famous General Lee and the toys at the center of the plot clearly read the name of the show on the boxes. Schneider doesn’t seem to shy away from the controversy surrounding the vehicle’s design either, tossing in the Confederate flag debate as a major plot point.

“Symbols don’t hurt people. People hurt people,” Schneider’s Uncle Denver says in the trailer for the film. It also reflects Schneider’s true comments on the backlash to the flag and General Lee according to Abilene Reporter-News.

“Am I OK with them removing it from the General Lee? No. Absolutely not. I am angered by that. Saddened is too weak a word,” Schneider said “The rebel flag is part of the General Lee, and it should stay there. Taking it off indicates that in some way, you are in agreement with some of these idiots out there who say the show was a racist show, and the General Lee knowingly had a racist symbol on it. That could not be further from the truth. I know because I am a Duke.”